It’s that time of the week again!
Welcome to my Six on Saturday post, I’m extremely wet and soggy thanks to non stop rain, the flooding season has arrived with a vengeance. No surprise it’s raining this weekend as it always seems to rain on the weekend of the ‘Rally du Var’, but it’s serious enough to have stopped play this year. The last week has been one big storm warning on my weather apps, we’ve changed clothes so may times I’ve lost count and the lane has been filled and washed away several times. Despite the weather I still have a six to post, not surprisingly they’re mostly weather related.
Hope you enjoy, and if  you want to join in head over to the host with the most at https://thepropagatorblog.wordpress.com/2019/11/23/six-on-saturday-23-11-2019/ and join the fun.


1) There’s still plenty of colour in the work gardens, as well as the plants in the photo there are lots of roses still flowering profusely, many shrubs are flowering too but as they’re kept clipped to shape there aren’t that many flowers on them - still enough for the bees that are buzzing around despite the crazy storms. The red of these hydrangea leaves is quite literally breathtaking. 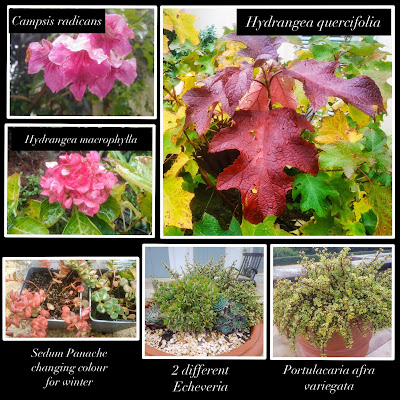 2)  RAIN! The wooded area in the daily work garden has a concrete pipe at the top adjoining one neighbour’s land to allow storm water to run unhindered, it runs down the slope of the woods and exits via several pipes into the land of the other neighbour. Last year the bottom concrete wall and pipes were washed away with the force of the water and debris, it was rebuilt but whilst the weather is like this it’s an almost daily chore removing the debris that collects. Another tree in the woods
has come down (well half of it), and once again the lane to our house is undriveable, it was filled in a few times this week but the guys with their lorry loads of stones are fighting a losing battle. This picture was three days ago and we’ve had torrential rain constantly since then, with maybe a 3 or 4 hour reprieve, so the gullies are now about 14 -16” deep! The cascading waterfall is actually rain water running from the land above the local cinema down into the car park, a crazy amount of water! 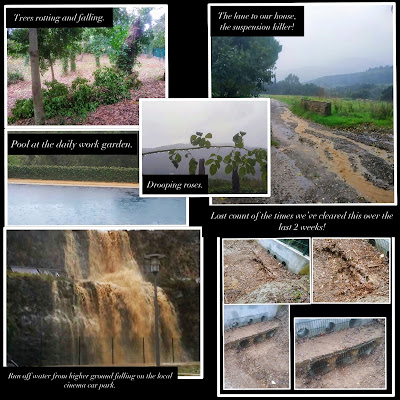 3) On the brighter side, the Erigeron in the daily work garden is still flowering, it looks vibrant and healthy, not quite the full on flower show we had earlier in the year but still looking good. I’m amazed it hasn’t turned to a soggy mess. 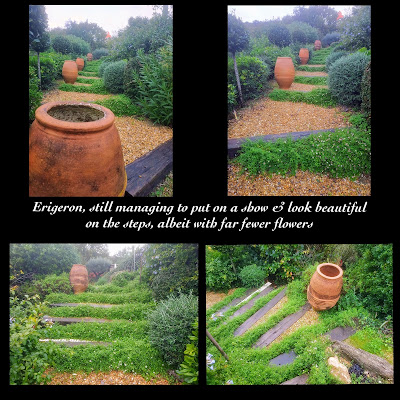 4) With all the rain comes the perfect conditions for the fungal beauties, I have absolutely no idea what any of these are (if anyone does then please enlighten me) but they’re all beautiful. The ones grouped together were in the woods, the others were on the lawn - I use that word in the loosest possible way, it’s more a muddy paddling area. 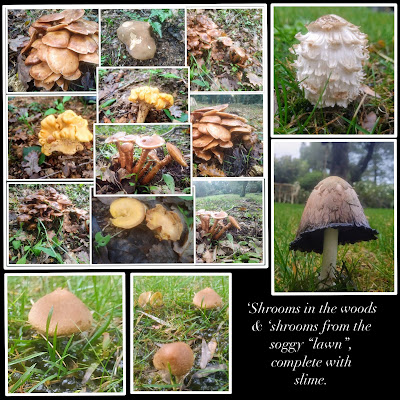 5) More rain! This was what it was like when we were getting ready to go to work (yes, gardening) the other day - thank goodness for waterproofs!
Needs sound.

6) With all this rain it was time for the return of hot coffee, during the summer we drink iced coffee exclusively but it’s definitely not iced coffee weather any more so new coffee mugs were in order - just to add to the dozens we already have! 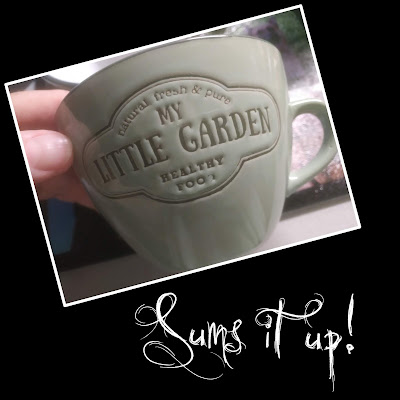 Not part of my six but had to share the daftness that is our bundle of fluff, Tylor, we were busy shoveling leaves and debris from around the water pipes pictured above but that was too scary for Tylor so he ran and hid behind what he clearly thought was a tree that would save him from the scary flying leaves! He stayed there until we’d finished and emerged from the ditch. 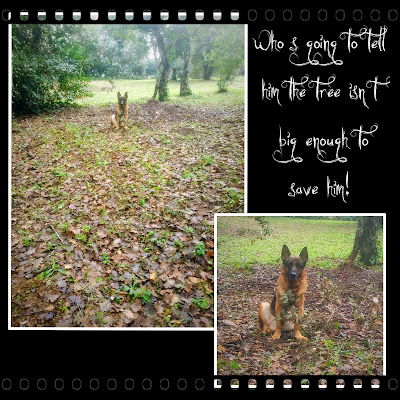 Well that’s it from me for this week’s Six on Saturday, hope you have a good week wherever you are and whatever you’re doing.
on November 23, 2019