Leap day! I love leap day, there’s something magical about a day that only comes around once every four years.
My six this week comes from a very windy South of France, lots of sun, and a few clouds.
As always, if you want to join in head over to https://thepropagatorblog.wordpress.com/

1) Perovskia - Having pruned and manured all the rose beds my attention is turned to the other beds, this week was the turn of the Perovskia (Russian Sage), it looks lovely in the summer when it flowers but for the majority of the year it looks pretty messy, and at this time of year when the oxalis, creeping buttercups and various invasive grasses have moved in, it’s positively horrible. The weeds seem to have a knack of getting right in amongst the roots thereby making their removal a nightmare job. 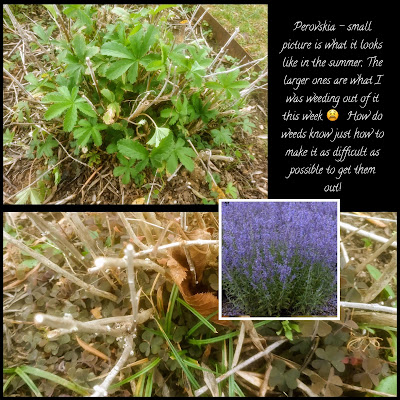 2) Zantedeschia aethiopica - I love these, and they grow everywhere down here which is a bonus. There are pots of them in the daily work garden as well as some in a bed, I have them in a box and in the ground in my own garden and they’re dotted around in the field outside our house. They pretty much do their own thing and tolerate anything the weather seems to throw at them. 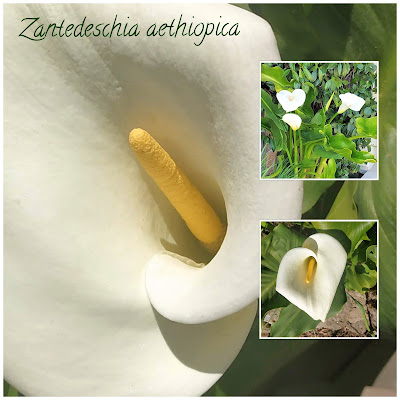 3) Agave Parrasana - These are quite simply stunning, but the thorns are seriously nasty. The markings on the leaves are beautiful and look even more so with water droplets in them. We have two in the daily work garden in large pots, I call them the spikey cabbages, they were a mission to plant but once in they’re easy to care for. 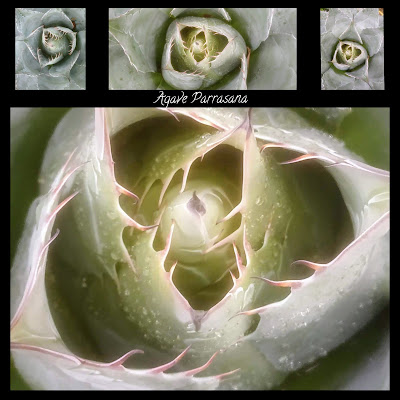 4) Hellebores - we have different coloured hellebores all around the daily work garden, they flower for such a long time and make a statement in the beds that don’t have spring flowering shrubs. 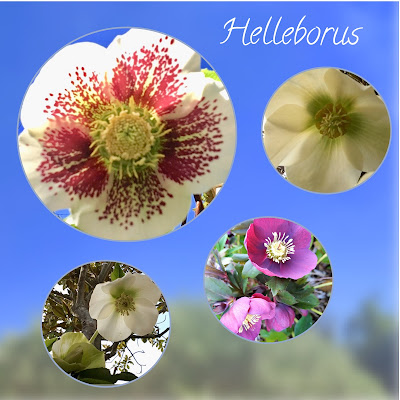 5) Coronilla Coronata - or at least I think it is! This grows like a weed here and at this time of year along with the Mimosas it looks absolutely stunning. These pictures were from the field and the lane outside our house, and next to where we park. I’d love this in the garden but seeing how much it spreads it probably wouldn’t be wise. 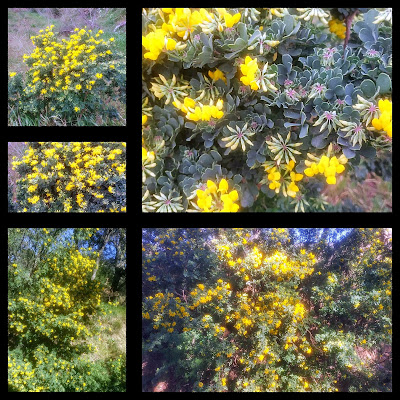 6) Retama Monosperma - What an amazing display! I adore this frothy, flamboyant mass at this time
of year, so do the bees. We have two of these in the daily work garden, this one was extremely overgrown so last year after it flowered I pruned it heavily, I was worried it might not do so well this year but I needn’t have, it looks stunning, as usual. Soon the peach in front of it will flower and the bees will be in seventh heaven 😊 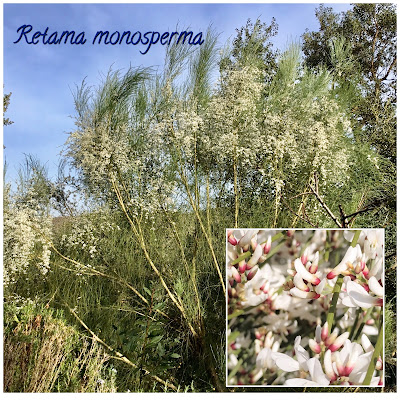 Well that’s my seven for this week but I had to add the Erigeron again, I mentioned it briefly last week as some was flowering, this week it’s flowering all around the garden, albeit not as profusely as it does in summer but non the less, abundantly for February!

Have a great week ahead 😊 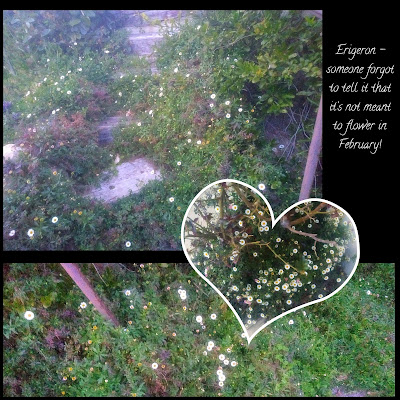